Home > Live projects and ventures > Why I give

‘It works on a deeper level, and the impact it has is structural.’ Rob Keldoulis – SVA supporter 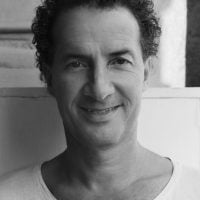 Rob Keldoulis says that he has been a long-term supporter of SVA because he understands the enormous potential of systems-level change.

‘SVA might not be at the coalface, which is an easier space to be at for fundraising. But it works on a deeper level, and the impact it has is structural,’ he says.

‘And that’s where you get major long-term shifts that significantly benefit society.’

Keldoulis likens SVA’s influence to investing in infrastructure – the pathways that make it possible for help to reach those who need it most.

‘I see SVA as a corporate infrastructure style charity. SVA is the infrastructure. If we use a trading analogy, it’s our servers, routers and gateways, things that nobody sees, investments that cost millions, but are critical to the success of the business,’ he says.

Keldoulis encourages all who find themselves in a similarly fortunate position to support philanthropic causes. If they want to be certain that they will have a big impact, and aren’t looking for quick fixes or personal glory, he says support SVA.

‘If you’re already wealthy, spending more time making money for yourself is a waste of both the wealth you created and the second part of your life,’ he says.

Keldoulis’ career began in the late eighties, shortly after graduating from the University of New South Wales with a combined Commerce Law degree, when he went to work as a trader.

Keldoulis has seen a lot in his time as a trader. He survived the crash of 1987, witnessed the dot com boom and bust, and now, the rise and fall and rise again of cryptocurrency.

In 1995 he founded Optiver Australia and spent 20 years trading in both Amsterdam and Australia. His success brought wealth and with it, questions. Keldoulis, a small ‘b’ Buddhist as he describes himself, has been involved with, and acted as a spokesperson for, the Dalai Lama during his numerous visits to Australia.

It was the Dalai Lama to whom he turned for the answer to some big questions: is wealth moral? Is it ok to be wealthy? Is big business ok? ‘The Dalai Lama was consistent. There is nothing wrong with money. What is important is how you make your money and what you then do with your money.’

‘The Dalai Lama talks about right work. This is not about judging the profession or type of job you choose to do. Rather His Holiness says of right work that if the job you do only advances you economically, then it is not right work.’

That philosophy is evident in Keldoulis’ latest venture VivCourt. The trading firm he set up is owned by a charitable entity, so profits can only go to charity. On top of its generous bonus scheme, the company distributes its entire yearly profit amongst the employees as a social bonus and they then direct this profit, which would otherwise go to shareholders, to charities of their choice.

The social responsibility now rests with the employees. If they work well, the company makes profits and they get to give these profits away.’

VivCourt is Keldoulis’ way of turning trading, a business he readily admits is ‘pure capitalism’, into ‘right work’.

If you’d like to make a contribution to SVA, we accept donations through multiple channels.