‘Bulletproof problem solving’: could it work in the social sector?

SVA CEO, Suzie Riddell talks to Rob McLean, Director Emeritus of McKinsey and Company, about problem solving, what makes it hard for not-for-profits and how the seven step process from his recently co-authored book can be applied to complex social issues.

With his professional life spent in the management consulting world, including eight years leading McKinsey’s Australian and New Zealand practice, alongside a long history in the not-for-profit sector in Australia, McLean has made the art of problem solving his life’s work.

But what is problem solving?

In the spirit of sharing the problem-solving process developed and used at McKinsey & Company, McLean and co-author Charles Conn, a fellow McKinsey partner, authored Bulletproof problem solving: the one skill that changes everything.

Based on the premise that good problem solvers are made, not born, the book sets out to both explain the seven-step process and demonstrate, through a wide range of examples, how it is applied.

The book describes the seven steps of the problem-solving process as both a complete process and an iterative cycle.

McLean and Conn wrote the book primarily to address a lack of skills training in problem solving  across the broader education system.

However, with his involvement in the social and environmental sector – currently as a director on the Paul Ramsay Foundation, and a trustee of the Nature Conservancy in Australia and Asia and previously as Chair of the Benevolent Society – McLean says “we wanted the book to be of equal use to people struggling with the biggest social issues that we face.”

Which is why they didn’t include the problem of gun control in the US in the book.

McLean explains that Conn and he were certainly more comfortable using the technique on business problems and problems they’d seen in ventures – “but we also had good examples of looking at large insoluble problems and picking them apart.”

The book does address some of these complex issues such as obesity, overfishing and climate change.

But according to McLean, there are some issues where it doesn’t matter what degree of hypothesis or facts you put on the table, sometimes people have entrenched views and values that put limits upon this problem-solving approach. Which is why they didn’t include the problem of gun control in the US in the book.

McLean also acknowledges the difficulty in solving issues where there are many stakeholders with diverse views, such as multiple government departments working across an issue.

“The ability to take a cross department perspective comes naturally to good problem solving. But the way we’ve structured our agencies means they’re not always in a good position to come to grips with the changes that they need to make.”

So what does this problem-solving process actually look like when applied to the complex social issues we face? To many a ‘bulletproof’ process from McKinsey sounds like a rather theoretical process on white boards, far removed from the people impacted by the issues. How do these steps incorporate the lived experience of those affected by the issues? 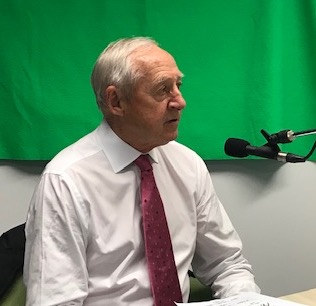 The Avahan program in India is an example of this, he says. Funded by the Gates Foundation, and led by another former McKinsey partner, Ashok Alexander, the project was set up to reduce the spread of HIV.

“Over the 12 months that he led the project, Ashok spent most of his time talking with the sex workers to understand why HIV was so rife and why it was spreading,” explains McLean.

Through thousands of interviews, the team came to understand that there was a link between violence from men demanding unprotected sex and the spread of sexually transmitted infections including HIV.

The solution involved rapid response teams of community workers often accompanied by a lawyer and reporter from the local newspaper. This intervention piloted in the Avahan initiative went viral – according to the book – as communities all over India embraced it.

“That is the model, this problem-solving approach is built on. It’s an iterative process where you start off with a proposal, e.g. with Avahan, that HIV was being spread by sex workers through long distance truck stops.

“That initial hypothesis was refined such that it linked violence and the spread of HIV. Then the solution came from the women and the communities themselves.”

The essence of all good problem solving is starting at the bottom.

McLean refers to the advice they give to anyone looking for solutions with this approach: listen well, be respectful, understand constraints, see how constraints can be relaxed, and have open conversations about how things might change and changing system conditions.

“These aren’t fancy words, but the hallmark of problem solving.”

He sees a lot of parallels with design thinking and best-practice in incorporating user or customer experience.

“The essence of all good problem solving is starting at the bottom.”

Many organisations in the sector, including SVA, are exploring how to drive system change for problems that are deeply rooted in very complex challenges such as older women at risk of homelessness.

Can this problem-solving approach be applied at this system level, or is there another approach which applies?

With different perspectives, the problem can be looked at in new ways…

He explains that you have to disaggregate and identify each of the issues and factors such as whether they are short or long term.

“Then, each of those contributing factors takes you down a different path as to how you solve it. It’s a process of breaking it down and then working your way back through root causes, and the things that will alleviate the underlying condition.”

McLean stresses the importance of doing this work in teams where you bring together people with deep knowledge, as well as people who are open to new ideas. Together, they have a crack at disaggregating the problem and testing it.

“With different perspectives, the problem can be looked at in new ways, or new ‘cleaving’ frames applied to break the issue down so that you learn more about it.”

McLean cites an example from the book on how they looked at the problem of obesity. The team exploring the issue started off thinking about calories in and calories out, comparing the US with Japan, a country with much less obesity.

“So we asked what drives that? It turned out that it’s the structure of the cities, and the fact that Japanese people walk to the train station, and then from the train station to the office, versus driving a car.”

This is the art of problem solving, rather than just following a locked step process.

Looking at the walkability of 68 cities in the US and using a complex regression equation, the team showed over 80% of the variance between 68 US cities in obesity is explained by income, education, walkability and a comfort index.

McLean explains that examining an issue through different perspectives or ‘cleaving frames,’ and running some numbers to see how far it takes you, is at the heart of this step of the process.

“Often a different direction or new insight comes out of that. It’s sometimes messy, and we’ve got quite quick at trying one cleaving frame and seeing how far we get.

“This is the art of problem solving, rather than just following a locked step process.”

Importance of teams and the visual process

Creating the right team that can bring these different ‘cleaving frames’ and test them effectively is extremely important.

McLean says it’s easier than you think to bring outsiders into a team.

“Create a team from wherever you can: dragoon your friends and colleagues, people who can be that voice of inspiration, or voice of caution in your problem solving.”

… you really want to keep the funnel quite wide, and take on contrary views. 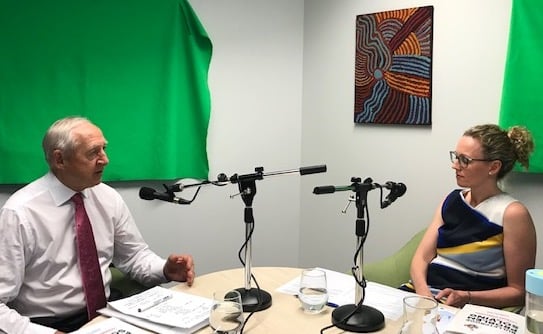 McLean also stresses the importance of having dissenters on the team.

“In the early part of the problem-solving process, you really want to keep the funnel quite wide, and take on contrary views. The further you go, you head towards convergence and consensus.

“Part of being able to defend the logic of the argument that you put, is that it’s got to withstand scrutiny and challenge.”

… problem solving is a process of visualisation.

Another aspect of the process that McLean believes is critical is that it’s visual.

There are over 100 diagrams in the book, a reason why he doesn’t recommend listening to it as an audiobook.

“The book is a visual book, and problem solving is a process of visualisation.

“So being able to draw issue or logic trees, and cross things out, is part of the process.

Many people think of problem solving as people crunching spreadsheets, whereas the visualisation is all about logic, and the strong reasons and foundations for your problem solving.”

For people who don’t feel they’re particularly visual, he believes that the process will help build that skill.

With McLean’s long involvement in the social sector in Australia alongside his corporate career (he was also founding Chair of SVA), he understands the challenges and limitations facing not-for-profit organisations.

“The starting point for almost every not-for-profit organisation I’ve seen is that they’re all resource-constrained. And as a result they do a very good job of making the most of what they’ve got. In particular, they prioritise well, and they plan work well.

“But so often they’re operating in an emergency room, triage type model.”

McLean says this means that they often don’t have the time and resources to take the first steps in the process: defining a problem and disaggregating it and doing the analysis – using big data and sophisticated regressions, and other techniques to understand root causes and relationships.

With the launch of the book, McLean ran masterclasses in Sydney and Melbourne for Australian organisations tackling complex social and environmental problems. The sessions were run by Solve It, Australia, a capacity building initiative, organised by the Social Impact Hub together with Philanthropy Australia.

“At the beginning of the masterclass, some 13% of organisations said that they might need some help with problem definition,” says McLean. “After the masterclasses, two-thirds said they felt they could do more work [on that] and get better.”

Clearly the art of problem solving that McLean and his colleagues at McKinsey have developed rests on many years of practice and skill development.

It’s like anything: if you want to have mastery and a sense of accomplishment, you’re going to have to put some work into it.

McLean admits they didn’t want to stress this in the book, but “You’ve got to make an enormous investment in time. It’s like anything: if you want to have mastery and a sense of accomplishment, you’re going to have to put some work into it.”

However, he does believe that the book will help people get better at their problem solving.

“We want people to have that confidence that they can be given a relatively unstructured problem and can figure out what a good problem statement is, and are able to break it down and proceed from there.

“Having seen 30 or so not-for-profit organisations in the Solve It, Australia process make a really good fist of this (without much resources) adds to my confidence that many people can build this skill, and they’ll be better off.” 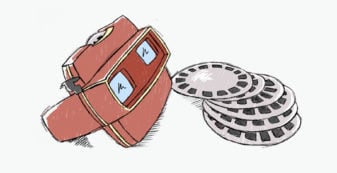 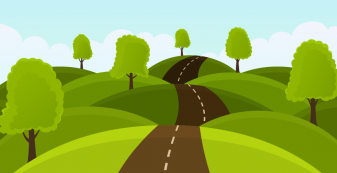