Guest contributor, Keith Bryant explores a government-led innovation in planning and design which offers a solution to the affordable housing shortage without straining the public purse.

Almost everyone in Australia has been touched by the spiralling cost of housing over the last 25 years. During this time the median urban house price has risen from 3-5 to 6-9 times median household income.

Most economists (and now bankers) understand this is unsustainable. It also means that we cannot maintain our cherished notion of being a nation of (mostly) owner occupiers.  Significantly, it indicates that there is a chronic undersupply of affordable housing[i]. Clearly there are not enough houses where people want or need them at a price that they can afford.

Using alternative planning approaches and working experimentally with builders, it has created developments with a broader mix …

The problem of developing affordable housing as a normal part of the modern urban housing mix is complex. Challenges include the availability and cost of land, the cost of building houses, urban and housing planning not adapting to the changes in urban life, and the market not adapting quickly enough to changed needs.

As part of this mix, most of Australia’s house builders (who are generally small enterprises employing under 50 people without the capacity to carry much loss) and buyers (for whom a house mortgage is their most significant financial commitment) have been reticent to experiment with smaller houses due to the perceived risks.

One government authority in Queensland has come up with a solution. Using alternative planning approaches and working experimentally with builders, it has created developments with a broader mix of housing options and prices.

In 2007 the Queensland Government applied best practice frameworks from urban development authorities across Australia in the creation of the Urban Land Development Authority (ULDA). Two of the Authority’s five objectives were:  to encourage diversity in the housing mix and to facilitate the development of affordable and social housing.

Today there are eight major residential sites being developed across the state by Economic Development Queensland (EDQ) – which replaced the ULDA earlier this year.

Not only did the ULDA apply some innovative planning approaches, it worked closely with selected builders to develop smaller dwellings. The success of its approach in achieving both diversity and affordability is well demonstrated at Fitzgibbon Chase. At the development, 14km north of Brisbane’s CBD, 80% of the 500 dwellings already built have been sold below the Brisbane median house price of $540k.

1. In the individual site planning process

The ULDA looked at a variety of non-traditional lot sizes and configurations, but only used ones that created highly marketable houses. The ratios of the area of the land that the buildings could occupy, known as site coverage ratios, were relaxed. Traditionally, these have been restricted to a building occupying less than 50% of the ground space. Here ratios of up to 90% were frequently allowed.

Also, the spaces between buildings and between the dwelling and the street, known as setback distances, were also allowed to be smaller.

Examples of the affordable housing developed at Fitzgibbon Chase included:

In crystallising these changes, the ULDA focussed on achieving:

2. In the development master planning

The master planning process was designed to support the sizes and configurations described above and to provide other attractive features to overcome some of the challenges of marketing smaller dwellings.

The Fitzgibbon Chase development is on track for 1300 dwellings to be built, sold and occupied by 2016. Ten different housing types have been built using a broad range of plot sizes. The median lot size is 320m2 (the Brisbane average is 450m2), however some lots are as small as 60m2.

Lot sizes and housing styles in the surrounding suburbs are of a traditional urban format with 500m2 lots, with 2 storey, 4 bed houses, all with valuations over $500k.

Fitzgibbon Chase has shown that affordability and diversity can be achieved without compromising liveability and with low government capital subsidies (there is some NRAS development on site and some social housing[ii] subsidy).

Initially builders were resistant to developing smaller houses. They had no experience that dwellings of that size and price range were profitable.

The ULDA succeeded in overcoming this initial resistance by identifying builders that were prepared to collaborate and then working closely with them to design, develop and market the smaller homes.

ULDA used its own commissioned house designs to guide the builders’ architects and worked with builders by selecting lots in small batches. It then helped experiment to deliver optimal configurations at a viable market price. Finally it supported the builder to market each batch. Together they then reviewed the learnings and developed changes to planning, marketing and design ready for the next batch.

…much more efficient with these smaller house designs and now know we can get reasonable margins.

Resistance from builders was particularly evident at HillClose, ULDA’s development outside Gladstone, a city whose housing market has been stressed by strong population growth as a result of the resources boom.

Steve Preston, Manager at Queensland builder Irwin Homes, explains, “Originally very few of the local builders wanted to get involved. They associated what ULDA was trying to do with the stigma of housing commission dwellings – all the same and people jammed in like sardines. But the ULDA showed a real commitment to ensuring every house was attractive. It provided strong architectural guidelines and very tight façade provisions. We have learnt a lot. We are much more efficient with these smaller house designs and now know we can get reasonable margins. We are looking forward, as most builders operating in the area are, to the next [EDQ] development [in Gladstone] at Tannum Blue.”

On 17 hectares, HillClose will incorporate 300 dwellings by 2015. Already, house sales have achieved a median value of $350k, $40k under the Gladstone average. One successful product has been a house on 120m2 lots priced at $220k. (Historically the smallest lot in Gladstone was 450m2 and the median lot size, 750m2.)

Four years on, the Queensland Government has an established process of developing affordable housing that is not dependent on government capital subsidies.  It is now led by local builders like Ausbuild and Irwin Homes, national builders like Lend Lease and Stockland and supported in varying degrees by interested Queensland councils.

It continues to innovate in close collaboration with private sector builders, developers and local councils to champion this new market.

In hindsight, the original charter of the ULDA, which included specific objectives about diversity and affordability, proved critical. It was this that allowed the statutory authority to prioritise housing innovation over higher short-term returns on the Government’s investment.

The EDQ is building on the confidence established in these new smaller dwellings and the process of creating them. It continues to innovate in close collaboration with private sector builders, developers and local councils to champion this new market.

Let’s hope learnings from this experiment can influence Federal Government affordable housing policies, local planning regulations and builder and investor confidence in generating many more attractive and affordable smaller homes across the country.

[i] Affordable housing has both a generic and a specific meaning in Australia. Generically it refers to dwellings that through various government policy and market mechanisms are made less expensive to rent or buy for their occupants. In this article, I use the phrase ‘affordable housing’ in this generic sense. Its specific meaning arises from legislation related to the National Rental Affordability Scheme (NRAS) Act (2008). NRAS targets individuals and families on moderate incomes, typically essential service professionals working in education, healthcare and the emergency services. NRAS dwellings are usually rented to these targeted groups with strict qualification criteria at 75% – 80% of the market price. In this specific sense, affordable housing is different to social housing (see definition below).

[ii] Social housing refers to dwellings that are rented at very low cost (at 30% or less of tenant income and thus usually at less than 50% of market value) under very strict criteria to individuals or families whose income mostly or entirely comprises pensions or welfare payments. Traditionally social housing has been developed and owned by State Governments but is increasingly being developed and owned by NGOs known as Community Housing Providers.

Keith is currently the Principal at Social Impact Managers, and a Board Director at Wentworth Community Housing, Blue CHP, Foyer Foundation and the Australian Alliance to End Homelessness. He was previously Chief Operating Officer at the Benevolent Society and before that a Director at Deutsche Bank Australia. 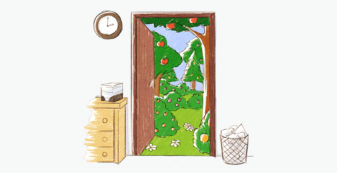 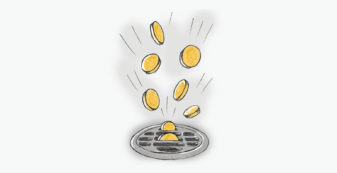 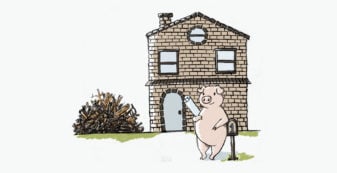