Innovating with impact in education

Kevan Collins, CEO of the UK Education Endowment Foundation, describes the three ingredients of a system which supports ‘disciplined innovation’. 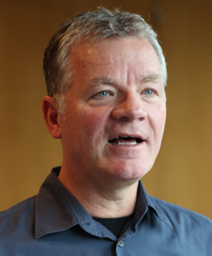 Kevan Collins identifies three reasons why innovation in the education system may not bring the changes we need. (Photo: Vikki Foord)

I have worked in education for three decades, and believe that schools today are more innovative than ever before. Teachers have always liked to try new approaches and share ideas with colleagues. But today we are seeing an explosion of innovation on an entirely different scale. Schools are using technology, adopting new routes to engage parents and adapting the curriculum in extraordinarily diverse ways. In England, some schools are now being built to accommodate classes of 60, with each lesson taught by three teachers working together as a team. Others are introducing “bring your own device” schemes or providing children with handheld devices to record their learning and responses in lessons. Today we are witnessing an explosion of innovation that didn’t exist 10 years ago let alone in 1982 when I completed training and began teaching in East London.

Effective innovation begins by exploring how others have attempted to tackle similar problems before.

The importance of innovation in education should not be underestimated. It is essential if we are to find ways to improve quality with less money and to address the biggest challenge we face in education: the stark attainment gap between pupils from disadvantaged backgrounds and their peers.

However, I fear that for three reasons the type of innovation currently commonplace in the English education system will not bring the changes we need.

The first problem is that innovation often starts from the wrong point, and as a result is much less likely to succeed. The best performing schools – like the top companies, doctors and entrepreneurs – know that innovation shouldn’t start with a blank page. Effective innovation begins by exploring how others have attempted to tackle similar problems before. This saves time and vastly increases the chances of success, but is so often overlooked.

A second challenge is ensuring that innovation is properly evaluated to determine whether it created genuine improvement. Improving the status quo is difficult and innovation shouldn’t be viewed as a success until it has been demonstrated to have improved outcomes. Buying an iPad for every pupil may increase engagement, but schools must measure whether that enthusiasm translates into improved outcomes. Further, outcomes should be judged relative to what went before and against what else could have been achieved for a similar cost. If a less innovative small group tuition program could have delivered the same improvement more cheaply, can the introduction of iPads really be considered a success?

Third, even where an innovation has been evaluated and shown to be effective, spreading and sustaining the change is a huge challenge. Innovations can often begin as the pet project of a department head, or the investigation of a teacher completing a Masters. There is absolutely nothing wrong with this. But all too often successful innovations fail to spread beyond a single classroom or school or sustain beyond a single year. This creates a situation where the 24,000 schools in England are required to solve the same problems in isolation: a tremendous waste of energy and knowledge.

The good news is that these problems are by no means insurmountable and the prize for successfully doing so is great. I think there are three important ingredients of a system which supports the kind of “disciplined innovation” we need.

1. Start from what we know. To enable innovation to start on the front foot we need to make sure that schools have access to high-quality research. Before choosing to redesign the school to house classes of 15 pupils it is useful to know how easily others have found it to increase results by doing something similar. Is this innovation most likely to meet the needs of your pupils or narrow the attainment gap? One resource which attempts to do this has been developed by the charity I work for, the Education Endowment Foundation (EEF), in collaboration with the Sutton Trust and Durham University. Our Teaching and Learning Toolkit supports schools’ decision-making by summarising how successfully (or unsuccessfully) particular strategies have been used to raise attainment in the past. It summarises over 10,000 research studies in 34 areas and contains a huge amount of information and ideas for schools to build on.

2. Put energy into evaluation. We need to invest time and energy in evaluating innovation. All schools are different and even innovations which build on a clear evidence base may not work in a new context. For this reason it’s essential that we evaluate properly. Obtaining a reasonable estimate of a new strategy’s impact requires an estimation of what would have happened without the intervention, also known as the “counterfactual”. It’s important to recognise that there’s a price of knowing which cannot be avoided, but also that there are a number of ways of evaluating which don’t require huge amounts of additional effort. For single schools options range from comparing results across a number of years to running two interventions side-by side and comparing the progress of pupils in each group. The EEF has worked with Durham University to produce a DIY Evaluation Guide which introduces the key principles of educational evaluation and provides guidance on how to conduct a trial in an individual school or classroom.

At a larger scale experimental methods such as randomised controlled trials provide the most rigorous estimates of an innovation’s impact, and create knowledge which improves the quality of the evidence base described above. The EEF has been evaluating new ways of raising the attainment of disadvantaged students since 2011 and over 4,700 schools have volunteered to participate in the 100 investigations we’ve funded to date. But this activity is just the beginning. We need to encourage more schools to take part in this type of investigation as a matter of course, rather than as a one-off.

Small and large scale evaluations serve different but complementary purposes. A useful comparison might be made with health. In the healthcare sector, large-scale trials are used to provide doctors with the information they require to make prescriptions. Then, the doctor will evaluate whether or not the treatment is having the expected impact, and if it isn’t, they will adjust the treatment or try another approach. Evaluation can give schools the confidence to stop doing things which aren’t effective as much as it encourages them to continue applying innovations which work.

3. Focus on making innovation stick. Successful innovation does not end with a positive evaluation report. It ends when the innovation has met its potential to have an impact on learning. This step is often overlooked, but in fact may be the most challenging of all. It requires schools to devote time and energy to ensuring that what is known to work in one classroom is shared with others as part of a culture of collaboration and professional trust. It also means focusing explicitly on implementation and sustainability. We must try to ensure that innovations become embedded in schools rather than being owned by individuals, and that single schools share their experiences with others across the country.

There is no shortage of innovation in schools today. But the history of education is strewn with plausible sounding ideas which turned out to be red herrings, or innovations which worked wonders for a term before disappearing without trace. For this reason I’m convinced it’s worth putting in the effort to ensure that innovation builds on what has gone before, is evaluated properly and, if successful, can be sustained and spread. This is innovation for a purpose, rather than for its own sake.

Kevan Collins is Chief Executive of the Education Endowment Foundation, an independent grant-making charity dedicated to breaking the link between family income and educational achievement. Kevan has worked in public service for over twenty-five years and became the first EEF Chief Executive in October 2011, having previously been Chief Executive in the London Borough of Tower Hamlets.

A version of this article was previously published in Teaching Leaders magazine.

To find out more, contact John Bush on jbush@socialventures.com.au 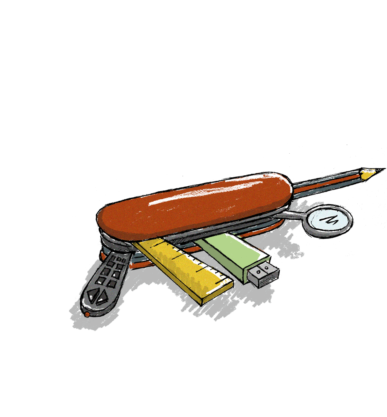 What you’ll take away: 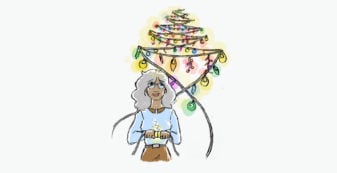 Spreading what works in education 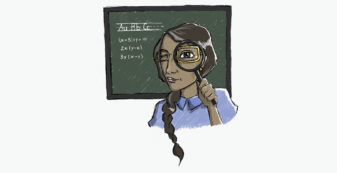