Australia has experienced over two decades of continuous economic growth. Compared with many countries across the OECD we are, indeed, a ‘lucky country’ – enjoying higher rates of employment and higher average wages than most others.

But headline employment figures obscure the different experiences of people within the labour market – experiences shaped by factors like age, socio-economic status, Indigeneity, gender and geographic location rather than individual talents or aspirations.

One of the hidden stories of particular concern is the decline in the ability of young people, particularly those without post-school qualifications, to find a secure footing in the workforce.

Since the global financial crisis the gap between the unemployment rate of young people (aged 15-24) and other age groups has widened. Today, nearly one in five young people looking for work have been unemployed for more than a year, up from one in 10 a decade ago.1 The rate of underemployment – that is, the percentage of young people who have some work, but need more – has also increased dramatically – up 83% between 1998 and 2018.2

Early challenges in finding secure employment increase the likelihood of unemployment or underemployment later on. A recent study showed that 53% of young people who experienced instability in employment and education between ages 16 and 25 were unemployed at 25.4 Indigenous young people, young parents, people with a disability, early school leavers and people from poorer socio-economic backgrounds were more likely than others to be part of this group. In turn, both unemployment and low quality work contribute to poverty and to poor mental health – with long term consequences for access to employment and quality of life more generally.5

So what is going on?

Some, including a significant number of employers, suggest that young people are not motivated enough, that the problem is that they are not trying. Educational institutions are often blamed for not doing enough to prepare young people for work.

There is no question that some young people need more assistance to prepare for employment, and that some leave school without necessary literacy or numeracy skills. However, the evidence suggests that the bigger challenges have arisen from changes on the ‘demand’ side of the labour market. The number and range of entry level opportunities for young people – particularly those without post-school qualifications – is shrinking. For those young people who start off in poorer families, there are fewer opportunities to build a pathway out of poverty, into work that meets their needs and engages their skills.

One demand-side factor making things harder for young people has been a shift in labour demand towards higher skill-level jobs. This trend is expected to continue and even accelerate as a result of social and technological change.

The Department of Education Skills and Employment projects that 90% of new jobs created over the next five years will require post-school qualifications, of which 45% will be at the highest skill level – requiring extensive experience and/or professional qualifications.6

Jobs at the lowest skill level will grow, but many of these jobs will remain insecure, and associated with underemployment. Competition for these lower level jobs is already fierce, with an average of 18 applicants for each advertised vacancy. The labour market is becoming increasingly polarised.

Despite the importance of higher skills to individuals and to the economy, most Commonwealth funded labour market programs (like jobactive) have been designed to move people into work quickly rather than to encourage upskilling, or even the use of existing skills and qualifications. Most people who find employment under the $1.5 billion jobactive program end up in casual work, and many remain on long-term income support because they can’t get enough hours to escape poverty.

The assumption that has underpinned the Commonwealth’s approach is that even poor-quality jobs will act as a ‘stepping stone’ into more sustainable and skilled work. However Australian evidence for this theory is mixed at best, and even more limited for those who already face labour market exclusion7. It is hard to reconcile the evidence of increasing underemployment and skills shortages across the economy with the lengthening period young people must search before they find full-time work.

One strategy to improve the long-term prospects of young people in an increasingly high-skilled market is to increase investment in, and improve access to, vocational education (VET). Many of the skills shortages fall under the provision of VET which has suffered through underinvestment. But increased use of VET, on its own, is not a panacea.

For vocational education to be effective, it must have a close connection with genuine employment opportunities. The critical importance of employers support for, and engagement in, the system was highlighted recently in Victoria when one TAFE, swamped by applicants, had to limit enrolments because of lack of the ability to secure mandatory work placements – even though, once qualified, these students would have been in high demand.8 In the area of apprenticeships, it appears to be employer demand for apprentices, rather than ‘supply’ of candidates that is inhibiting apprenticeship growth.9

Some of these changes in the structure of our labour market are driven by global economic and technological forces. But, every day, employers make choices about how they recruit and structure their businesses that can either enhance or diminish young peoples’ employment choices. It is true that jobs growth is greater in higher skilled occupations, but not all of the increase in demand for university qualifications is because they are actually needed for the job. Many employers use university qualifications as a ‘proxy’ for other things they seek such as – soft skills, or a cultural ‘fit’ – excluding those from less advantaged backgrounds who might otherwise be capable of the job.10

In some sectors, like construction and in parts of the public sector, employers have reduced their levels of direct employment in favour of contractors. In doing so, they have stepped away from direct responsibility to nurture young peoples’ careers.

Intermediate-level jobs that might once have allowed upward mobility have been abolished across both public and private sectors – the front line managers, production supervisors and clerical workers.

Within the workplace there has been a decline in employer investment in workforce training. Where it does occur, it is concentrated on those who already have qualifications or are employed ongoing, rather than casuals or those relatively unskilled.

Only a quarter of employers say that they would consider hiring someone without work experience – most advertise for experience relevant to the specific job.11 In each case, employers are, in effect ‘outsourcing’ the task of developing their future workforce – hoping that others will develop and maintain a ‘pipeline’ of talent. Persistent skill shortages, recruitment difficulties, and stagnant productivity are the wider legacy of this approach.

So what can be done?

In the first instance we need to reorient government investments. Countless reports on the ‘future of work’ tell us that young people face a future that will demand continual acquisition and adaptation of skills.

Labour market programs should be creating opportunities for people to learn, to move into jobs that use skills they have and help them build new ones.

We need investment in our VET system so that it can support this learning. This will provide the resources to actively engage with employers, and to hire the best teachers so that they can deliver the best quality, workplace-relevant vocational education to the widest range of people.

Most importantly we need to work on the demand-side of the employment equation. We need concerted action by employers to rebuild pathways for young people, including those from more disadvantaged backgrounds, into stable, satisfying work.

This includes greater use of apprenticeships, not just in traditional sectors, but in growth industries like information technology and professional services. It means increasing use of intermediaries, like group training organisations, to help provide continuity of support for young people as they learn and work and to help ‘de-risk’ employment in the context of complex supply chains.

We need to understand what employers need to create more opportunities, and to listen to the voices of young people when they talk about their experiences of education, work and labour market assistance, so that the support provided is relevant to their aspirations and needs.

Certainly external factors, like technological change, are driving some of the changes that make it hard for young people to find a foothold in the labour market. However, our current path is not inevitable. Forging a new one will mean collaboration between employers, educators, community organisations and governments to ensure that today’s young people have the same, if not better, opportunities as earlier generations to pursue economically and personally rewarding careers.

You can also read Future Fair? Securing better quality jobs for young people in Australia. This report, supported by J.P. Morgan, describes major trends in the Australian labour market that are shaping the future prospects of young people, particularly those from less advantaged backgrounds. It also identifies actions for employers, governments and those who develop or invest in workforce-readiness programs. 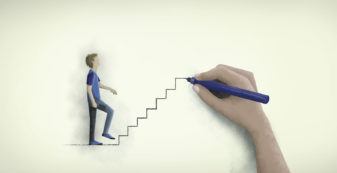 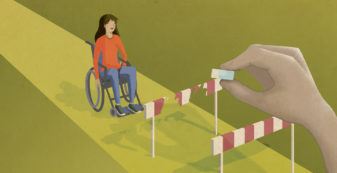 Capacity building of employers is needed to grow disability employment