The cost of dying

How do you address the costly business of funerals for those that can’t afford them? SVA and a host of unlikely partners might just have nailed it with an initiative tackling both funeral costs and the way people save.

Jacelyn’s* mother died unexpectedly in 2017 of advanced stage breast cancer. Amid the grief, Jacelyn felt some slight relief knowing her mother had taken out funeral insurance many years ago. Jacelyn was unemployed at the time and didn’t have any money available to cover the cost of her mother’s funeral.

When she reached out to the insurance company, Jacelyn received more shocking news – there would be no insurance payout. Despite having held the policy for over two decades and contributing fortnightly, her mother missed premium payments when she fell ill, and the policy was cancelled.

Having no other options, Jacelyn took out a loan from the local funeral provider for $7,400, the cost of her mother’s funeral. The interest rate on the loan was 10%.  She expects to be paying off the loan for years to come, an immense financial stress on top of grieving the loss of her mother.

Unfortunately, this story is common across Australia, in particular within Aboriginal and Torres Strait Islander communities.

In 2017, as calls for a royal commission into the banking and financial services industry were growing, stories of this kind were top of mind for the Financial Inclusion Action Planning (‘FIAP’) working group.1 Made up of consumer organisations, government bodies and financial services companies, the group had come together to increase financial inclusion and resilience in Australia. Given the way some communities were being encouraged to use funeral insurance, the group proposed a new, fairer financial product to respond to these concerns.

Commonwealth Bank (CBA), a member of the working group, engaged Social Ventures Australia (SVA) to review the funeral landscape and consider options for this new financial product that might better meet the needs of families and communities.

Challenges with the selling of funeral insurance

Days of testimony at the Royal Commission into Misconduct in the Banking, Superannuation and Financial Services Industry throughout 2018 further validated the existence and breadth of these issues.

There has been widespread targeting of, and sale of funeral insurance to, young people for whom this product is inappropriate. The Australian Securities and Investments Commission (ASIC) reported that half of one provider’s customers were under 20 years of age.2 In some cases, grandparents have taken out policies on behalf of their grandchildren.

In one instance, 19 year old Matthew* was engaged in a conversation by an insurance provider at a local weekend market. The provider was promoting its funeral insurance products with a raffle for a television set. Without fully understanding what he was signing up for, Matthew started a funeral insurance policy in the hopes of winning the TV. For a year, despite being tight on money working two part-time jobs, Matthew made weekly premium payments of $15.

When Matthew’s sister had a child and needed help to cover a few additional costs, Matthew called to cancel his account, believing he would be able to get back all the money he had put in over the last year. He was informed that he would lose his coverage unless he continued contributing.

… some older consumers could have paid as much as $80,000 in insurance premiums.

As with Matthew, many consumers do not understand insurance and cancellation penalties, believing that if they cease contributing, they will ‘get back’ what they’ve paid. Many customers, particularly those experiencing financial hardship, miss premium payments from time to time and then lose their cover.

Under some providers individuals had been paying premiums for decades, contributing far more than the cost of a funeral. It has been estimated that some older consumers could have paid as much as $80,000 in insurance premiums.3

After researching consumer experience with funeral financial products, it became clear that the heavy reliance some families placed on funeral insurance was the result of the high costs of funerals.

When my mother died, I was totally shocked about the price of her funeral…

“When my mother died, I was totally shocked about the price of her funeral,” says Briscoe-Hough. “Even though I had been involved with funerals before, no one had ever talked about the price, and I had never thought to ask. We already owned the burial plot which was expensive enough, but I never imagined how much I would be charged for the funeral.”

There is often little or no transparency around what is driving the high price tag, including the options available. In fact, many funeral services aren’t willing to provide a breakdown of their pricing, and when they do, opaque “professional service fees” often make up the majority of the total bill. 4

As Briscoe-Hough says, “Our family washed and dressed our mother’s body, we did the flowers, I did the eulogy, and still the funeral cost over $10,000. The coffin alone cost over $3,000. I couldn’t understand how that was possible.

“We thought we’d done most of what needed to be done, yet here we were with this massive bill. The last straw for me was when the funeral parlour placed advertising on my mother’s memorial card. I felt like we were paying for their advertising.”

For those in lower income brackets… the cost of a funeral could take up as much as 40-45% of annual earnings.

The average funeral cost represents around one tenth of the average Australian annual earnings. For those in lower income brackets, including those on Newstart, the cost of a funeral could take up as much as 40-45% of annual earnings. Not surprisingly, the Australian Seniors research found that nearly one-third of individuals are still in debt over a year after the funeral.5 With close to 161,000 deaths registered in 2017, that is a lot of people being hit with costs they can’t afford.

To mitigate against this sort of financial hardship or ‘funeral poverty’, it is fast becoming the cultural norm for some communities and vulnerable consumers to use funeral insurance.

A two-part solution to solve for funeral poverty

It was clear that the development of a new financial product alone would not solve the challenges of financial hardship created by funerals. In fact, there was a real risk that introducing another way for people to prepare financially could encourage further funeral price rises.

A viable, longer-term solution would need to address both issues. It would require making funerals more affordable, as well as providing a fairer, more achievable pathway for individuals and families to prepare financially.

To tackle these kinds of systemic issues, SVA needed to bring together a broad coalition of organisations. With financial support from CBA, Suncorp, IAG and NAB, and backing from a wide array of community and government bodies including ASIC and the Australian Competition and Consumer Commission (ACCC), SVA began to develop a two-part solution:

It would require a complex network of different partners to deliver this solution, as well as to provide ongoing support.

SVA began exploring the funeral service landscape to identify any models that deliver affordable, meaningful funerals. The aim was to support an existing provider to scale its model for other communities across Australia.

The Port Kembla-based Tender Funerals came to our attention.

Tender Funerals Illawarra has been operating since 2016 after Briscoe-Hough and other members of the local community began running their own funeral service.

After the experience at her mother’s funeral, Briscoe-Hough realised: “I live in a community with a number of disadvantaged people, and I thought – if this could happen to me, it could happen to them, and that’s just not OK.”

Over the past four years, the team at Tender has delivered over 300 meaningful and affordable funerals. The average cost of a Tender funeral is between $3,000-$3,500 – less than half the cost of the average funeral in that area of NSW.6

The Tender Funerals model represented a workable and serendipitous fit to solve the challenges of funeral poverty for many reasons:

Briscoe-Hough says, “Tender Funerals is a community-based service that provides beautiful, affordable funerals to the community. We are transparent with our prices and activities. We encourage people to participate in the experience as much or as little as they would like. And our practices support healthy bereavement for friends and family.”

Tender Funerals Australia is currently working with communities across Australia, focusing on pilot sites in the ACT and Tasmania. Other communities, including in Perth and Port Macquarie, are planning to set up a Tender Funeral service. The first Tender replication site will likely be operating by early 2020.

2. A fair and practical savings product to help individuals prepare for funeral costs

Community consultation has confirmed that a significant number of families and communities want to be able to prepare for the cost of their funeral. Many have seen close-hand the impact of dealing with the cost of a funeral and don’t wish to burden their family when they die.

Based on an initial concept from the FIAP working group, SVA worked with organisations across the community and financial services sectors to develop a unique new type of savings product.

The product needed to be affordable for those on tight budgets, provide encouragement or incentives to save, and to recognise that weekly budgets are not always smooth and uniform. In particular, it needed to be responsive to the needs of Aboriginal and Torres Strait Islander communities – groups that have been targeted by certain funeral insurance providers.

SVA is in final planning stages with six financial services organisations, each with an individual role in delivering this new type of financial product: a funeral saver plan. It combines a simple savings plan with a ‘top-up’ incentive. It is based on the principle that each person should have a minimum of $4,000 to contribute towards funeral expenses.

Funeral saver plans will be available from two providers but will work in the same way for all customers:

The top-up payment will be funded by donations. This means that there is no cross-subsidisation of any one customer’s top-up payment by other customers. The donated funds will be held in an independently managed funeral benefit trust. A customer’s family will only need to apply once, when their loved one has died, to request the savings and the top-up payment.

Funeral saver plans will likely be available to consumers by early 2020.

Where to from here?

Over the next six to 12 months, the focus will be on:

SVA will continue into 2020 with its role driving the initiative, supporting the network of delivery partners to take on their roles in this new ecosystem and facilitating the right funding to be in place.

And what is the ultimate goal?

For an Australia where all families and communities are able to farewell loved ones in a financially stress-free and meaningful way. 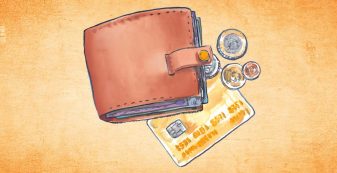