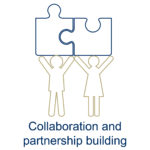 The integrity of the process has its foundations in being Indigenous-led and owned, having an inclusive approach, following the principle of subscription, not prescription, and being built organically from the ground up.

The IIP have been launched by the Prime Minister Malcolm Turnbull and will facilitate greater economic resilience for Aboriginal and Torres Strait Islander peoples, organisations and communities, empowering groups to be more active and meaningful participants in the modern Australian economy.

The IIP offers a roadmap for good governance of Indigenous funds with reference to a clearly defined purposed and mandate, which has its foundations in the circumstances and needs of community.