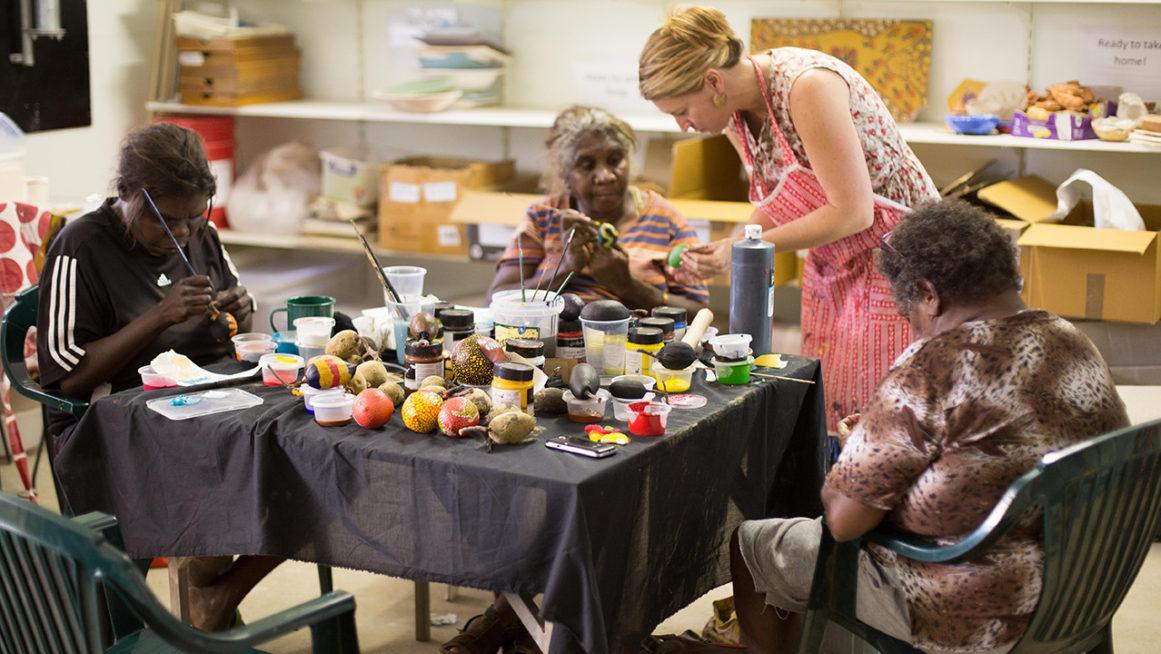 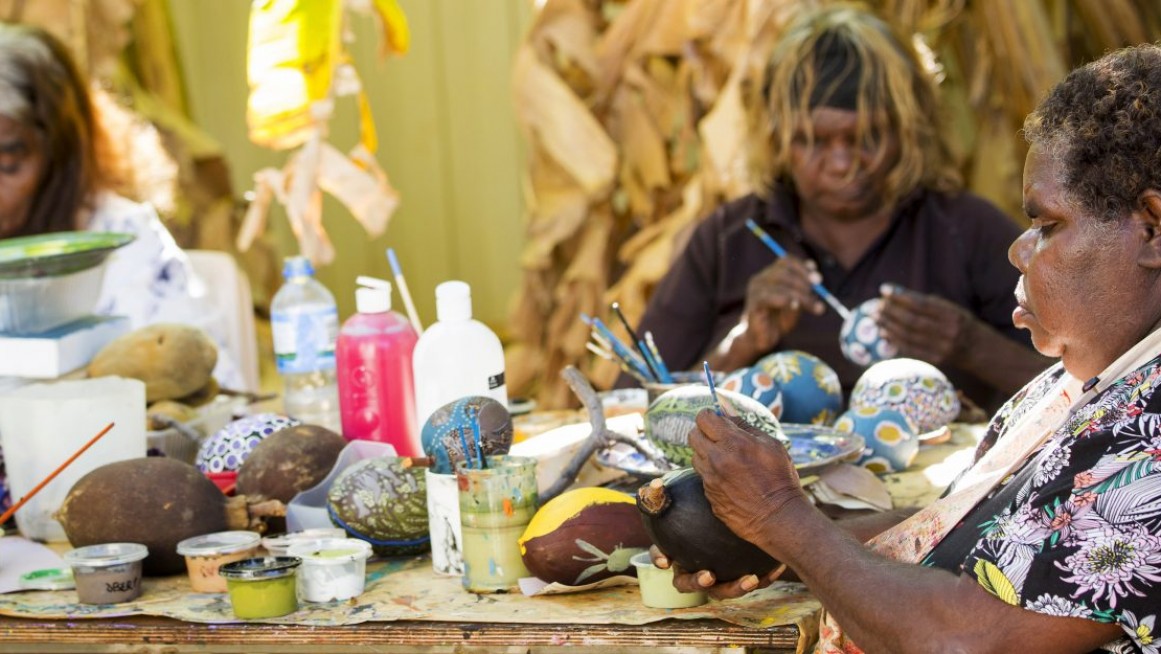 Marnin Studio is an arts and therapeutic studio operating out of the Marninwarntikura Women’s Resource Centre in Fitzroy Crossing.

Marnin Studio is committed to supporting women to turn the things they love into projects that provide a source of income, as well as enable skills transfer and therapeutic aid. The studio empowers local Indigenous women to become leaders and change agents in their community.

SVA is supporting MWRC and Marnin Studio to broaden support for the women of Fitzroy Crossing and surrounding communities, by creating a model that can play an integral role in providing a good balance of economic empowerment, skills development and wrap-around support for the women, whilst maintaining an environment that is sensitive to complex intergenerational trauma of women and children.

‘The relationship with SVA will help us to plan for many good things to happen in the community and reciprocally, we can provide knowledge and support to SVA that will help them and their partners to work with other communities like ours to bring about long-term positive benefits.’

‘Marnin Studio is a fantastic initiative from Marninwarntikura, who’ve continuously shown that community-led solutions are often the most impactful way to achieve social change. We’re excited to work alongside Marninwarntikura and the Fitzroy Crossing community to understand and build on their success, and to support the studio to inspire a new generation of empowered women, who will continue to lead the change they themselves want to see.’ 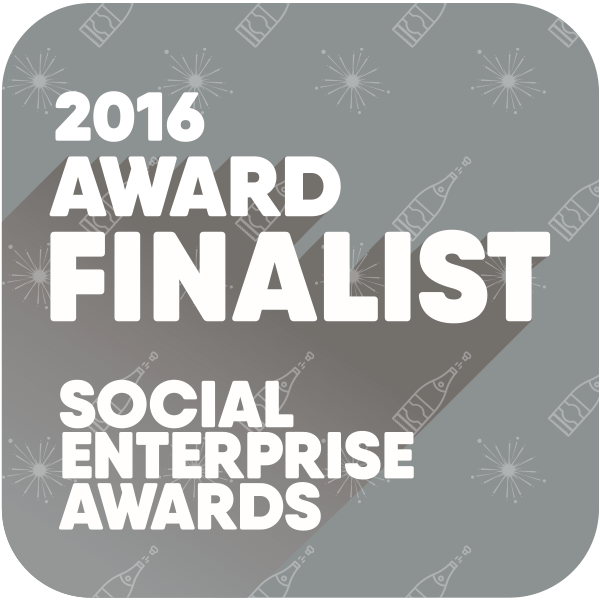