Taken for granted? Charities’ role in our economic recovery

Taken for granted? Charities’ role in our economic recovery is a report published by Social Ventures Australia (SVA) and the Centre for Social Impact (CSI) that calls for reforms to support the charity sector as post-COVID recovery partners. The report finds that charities employ more people than the mining and manufacturing sectors combined, are key players in Australia’s economy contributing the equivalent of 8.5% of direct and indirect value to GDP, and could be an important source of job growth. 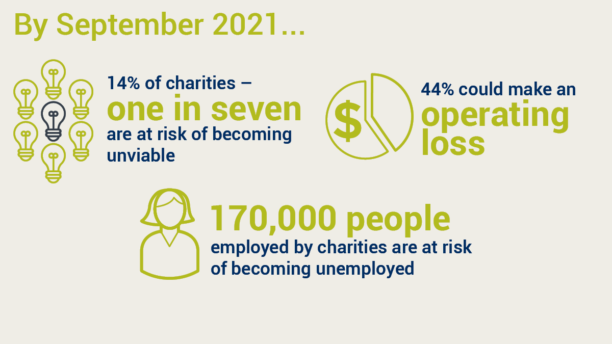 The report is the third instalment in the SVA and CSI Partners in Recovery research series, following the Will Australian charities be COVID-19 casualties or partners in recovery? A Financial Health Check report published in June and Partners in recovery: Why charities need tailored support published in July. The series explores the unique social and economic contribution charities make to Australian society and how they are affected by the confluence of service disruption, falling income, rising demand and higher operating costs.

The report calls for an integrated package of six reforms under three directions to support viability of the charity sector: 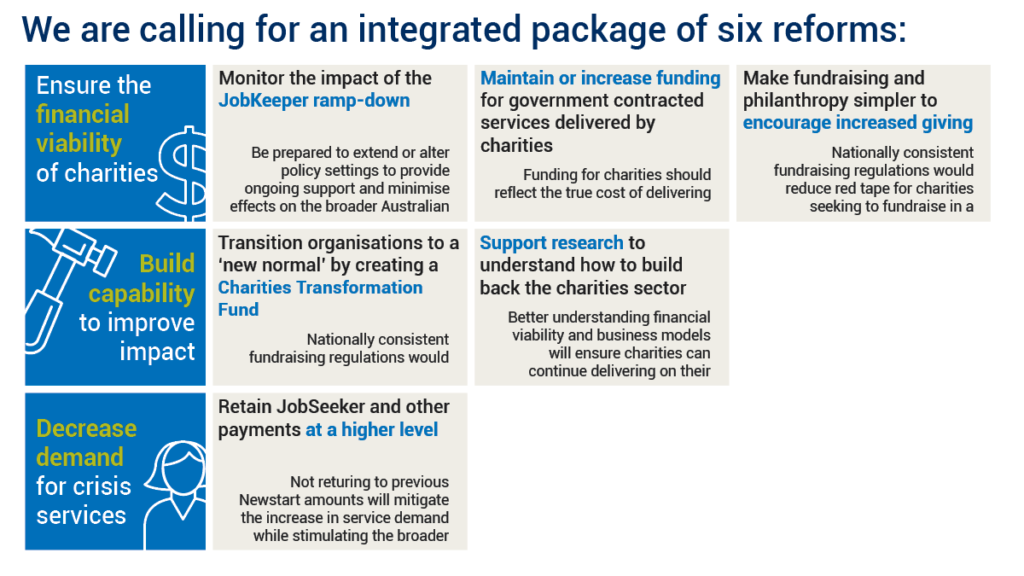 “The financial modelling SVA and CSI has undertaken shows that if JobKeeper ends without additional investments and reforms the sector will still face dire consequences, where the majority of charities would be in operating deficit with limited assets to draw on. The job losses that would result as charities either cut costs to survive or shut down altogether would be in the tens of thousands. Comprehensive reform is required to prevent this from happening,” – SVA CEO, Suzie Riddell.

We have put together a social media partner pack to make it easy to share this report with your network. Download the assets here.