In late 2008 the ABC Learning Centres Ltd business was in ruin. At risk were the livelihoods of its 10,000+ staff, plus tens of thousands of childcare places across Australia.
A group of non-profit organisations, however, believed the demise of ABC Learning provided a once-in-a-generation opportunity to transform childcare in Australia – its quality, funding and educational outcomes. The syndicate, originally called GoodStart Childcare Ltd, comprised Social Ventures Australia, Mission Australia, Benevolent Society and Brotherhood of St Laurence and in December 2009 it won the bid to take over 650 ABC Learning centres from receivers McGrathNicol. The transaction was undertaken with the assistance of a $15 million medium‐term loan from the Australian Government, along with debt financing from the NAB and additional support from a range of private investors who have provided ‘social capital’. (SVA’s participation in this consortium does not draw on any SVA funds and will have no impact on our existing activities.)

As an organisation that is driven by purpose rather than profit, Goodstart Early Learning as it is now known, has rebranded the ABC Learning childcare centres and is transforming these centres to ensure thousands of Australian children get the very best start in life. Operating as a non-profit organisation itself, Goodstart Early Learning ensures all surplus funds are reinvested to improve early childhood learning and care at their childcare centres. Evidence shows that not only do children who receive high quality care in these formative years have reduced behavioural problems, but that there are strong links between quality of care and children’s language, cognitive development and maths readiness.

SVA’s role in the development of Goodstart Early Learning is a great practical example of the evolution and maturing of SVA. SVA’s heritage has been in supporting and generating innovative solutions to social problems, and over time SVA has realised there is as much opportunity for innovation in the way in which solutions are funded, as there are in the solutions themselves. 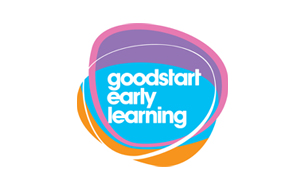