Home > SVA Quarterly > Strategy > The importance of defining your endgame

The importance of defining your endgame

A case study of South Port UnitingCare’s BOLT program shows why organisations should be asking what their endgame is, rather than how to scale.

South Port UnitingCare in Victoria delivers an in-school program to improve student engagement for Grade 5 and 6 boys, predominantly in disadvantaged schools. Called Bikes over lunch time (and known as BOLT), the program aims to enhance participants’ social skills, self-esteem, resilience and confidence with the ultimate goal of improving engagement in learning and education.

Since 2013, the program had worked with almost 200 students across 11 primary schools in the Melbourne metropolitan area, with early results indicating a contribution to higher levels of class attendance and engagement.

… having achieved early promising results, they had to decide what comes next.

Given the early positive results South Port UnitingCare recently faced an inflection point reached by most programs which make it beyond seed stage: having achieved early promising results, they had to decide what comes next.

The size of the challenge that the program addresses is significant. An estimated 20%[1] of primary and secondary school students in Australia are disengaged from learning. The question for UnitingCare was how can a non-profit organisation that operates a program at such modest scale – the program employs 2.5 full-time equivalents – even scratch the surface of a problem this large?

In this situation, many non-profits default to grow funding and size indefinitely. But often, vast scale is neither the most effective nor an achievable path. To support UnitingCare to think about the best future for the program, SVA Consulting used the ‘endgame’ framework developed by Alice Gugelev and Andrew Stern of Global Development Incubator.

Non-profits… should measure their success by how they are helping to meet the total addressable challenge in a particular issue area.

In their article, ‘What’s your endgame?’[2], Gugelev and Stern call for a rethink about how we consider and go about achieving scale, ‘Most non-profits never reach the organisational scale that they would need to catalyse change on their own. High structural barriers limit their access to the funding required to grow in a significant and sustainable way. Given those barriers, it’s time for non-profit leaders to ask a more fundamental question than “How do you scale up?” Instead, we urge them to consider: “What’s your endgame?”

‘An endgame is the specific role that a non-profit intends to play in the overall solution to a social problem, once it has proven the effectiveness of its core model or intervention’ says Stern and Gugelev. They have plotted six endgames for non-profits to consider (see Table 1) – and only one of them involves scaling up an existing service. ‘Non-profits’, they argue, ‘should measure their success by how they are helping to meet the total addressable challenge in a particular issue area. In most cases, non-profit leaders should see their organisation as a time-bound effort to reach one of those six endgames.’

By applying the endgame framework, South Port UnitingCare were more easily able to understand the limitations of their existing model in maximising long-term impact independently and consequently what the other options for achieving significant impact might be.

… the endgame framework has broadened our thinking and helped us identify and focus on the best option for maximising our impact.

In assessing each option, they concluded that open source did not align with their core skills or capabilities as it requires significant investment in ongoing research and development. Similarly, they realised that government adoption was not an option without proving the model to be successful at a certain scale, which they could not reach alone. Commercial adoption was not a realistic endgame given the clients are schools who have very little budget to pay for these services. Mission achievement was also not a valid endgame as this was just one program amongst others that are necessary to address the core issue. Finally, a sustained service endgame was not applicable given this is just one program that South Port UnitingCare provide, and as such it would always be competing internally for scarce resources.

It was clear that the right, long term endgame for South Port UnitingCare was ‘replication’. The replication endgame uses partners to scale but ensures the original organisation remains the ‘owner’ of the program. To do this UnitingCare will adopt a new approach to dealing with the challenge of scale.

South Port UnitingCare’s CEO, Dianne Embry explains that they were keen to scale the program but unsure how, or if, they could do it. In her words, “the endgame framework has broadened our thinking and helped us identify and focus on the best option for maximising our impact. Now we have a clear plan that details the steps needed to achieve replication.”

At SVA we encourage all organisations to do what South Port UnitingCare have done and ask themselves the question ‘what is our endgame?’ In light of the sector’s enormous challenges including pressures on government funding and the complexity of issues, considering the endgame provides alternative ways to think outside the box. Scaling indefinitely is not the only option.

[2] Gugelev A and Stern A; What’s Your Endgame?, Stanford Social Innovation Review, 2015.

[3] Gugelev A and Stern A; What’s Your Endgame?, Stanford Social Innovation Review, 2015. 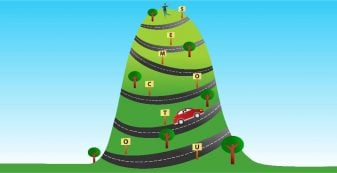 How to adopt an outcomes-focused approach 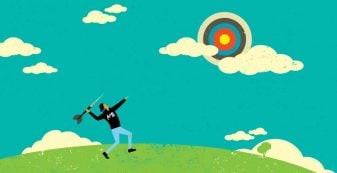 Aiming high – what it takes 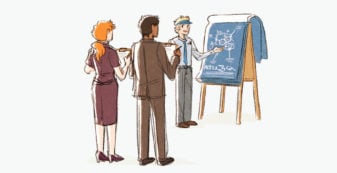 If focus is so good for non-profits, why do so few do it