Not-for-profit boards need to put clients ahead of their own organisation’s ambitions, says Robert Fitzgerald AM – whether in the context of mergers, acquisitions and partnerships or other organisational priorities.

Robert Fitzgerald AM, Commissioner with the Productivity Commission and SVA Board member, talks with Stuart Lloyd-Hurwitz, SVA Consulting’s Executive Director, about competition, contestability and user choice in the social sector: Competition: it’s all about the consumer.

Here they discuss the role of boards and directors and some of the situations not-for-profit board members are faced with in these changing human services markets.

One of the mechanisms for strengthening the sector is through healthy mergers, acquisitions and partnerships. To date, there hasn’t been a lot of these in the social sector. This is in part because of boards’ intolerance for risk, and in part an identity challenge. Boards’ interests get tied up with the success of individual organisations rather than their clients.

Is this preventing a healthier sector? What does the sector need?

“There’s no doubt at all that there’s a reluctance within the not-for-profit space for mergers between organisations. What we’ve seen are some collaborative ventures and federated organisations,” says Fitzgerald.

It [the not-for-profit space] will mimic what happens in most market places.

“I think this will change, but not dramatically. We’ll see organisations, particularly in these very market-rich environments starting to merge or acquire other organisations.

“In Australia, in every industry, there’s probably four, five, or six very large national players, then another subset of reasonably significant sized regional players, and a multitude of small operators.

“That’s exactly what will happen in the not-for-profit space in each of the human service areas. We will see a small number of very large organisations, some of which will arise from mergers and acquisitions; regional players of reasonable size; and a plethora of small ones. It will mimic what happens in most market places.

“So we’re not going to see the destruction of all the small agencies, nor are we going to see 20 or 30 huge players. Australia does not operate in that way. We operate in a very clear way, and that’s going to start to emerge.

“Some of those national players will be the result of ordinary growth, but some of them will be by acquisition or merger. But it won’t be as great as people currently predict.”

However, the barriers are quite substantial.

I hope that some boards are courageous enough to consider coming together with others.

In terms of boards identifying with the organisation’s goals, Fitzgerald believes that stems from people thinking their job is to maintain the rich heritage of these organisations – some of which date 100 to 200 years old.

“The notion of maintaining that rich heritage, and not letting go is very strong.”

He comes back to the best interest model (see Competition: it’s all about the consumer).

“The case for mergers and acquisitions is when it is in the best interests of particular groups.Then your motivation is about the social purpose, about delivering a genuine, life-enhancing impact for those particular groups.

“I hope that some boards are courageous enough to consider coming together with others to achieve that. But you won’t do that if you’re focused on the organisation.”

Today there are many more people with vast commercial experience serving on not-for-profit boards. How can these board members best support organisations facing the specific challenges of these quasi-competitive markets?

The first thing needed of people coming into this not-for-profit space, says Fitzgerald, is to understand the organisation, and the space within which it’s operating.

“While that sounds very simple, it’s quite complex,” he says.

“You’re entering an area which ostensibly looks like any other business, but it’s not. The one thing about not-for-profits is they’re not ‘any other business’. And whilst there are similar characteristics to the way in which you would operate a commercial enterprise, there are some things that make them fundamentally different. And it’s the difference that the community values.”

It’s about the way in which you do the business, and the ethical context within which you operate.

Fitzgerald believes that it’s this difference that the Australian people value and because of which we provide billions of dollars worth of tax concessions. And what is this difference?

“The difference,” he says, “is being absolutely focused on the outcomes of the clients and consumers over the long term. It’s about a common purpose or a social purpose which drives the activity, rather than the growth and development of the organisation itself.

“It’s about the way in which you do the business, and the ethical context within which you operate. Those factors are important.

New board members need to understand those fundamental points.

“That is not true. They may look the same, and they may operate in the same way in terms of the quality of care, but there will be characteristics in relation to the way in which they are governed and operate, and the purposes for which they operate.

“For example, in the Catholic healthcare space, St. Vincent’s Hospital runs a private hospital, and a public hospital, but it also runs outreach for the poor, for homeless people, for those with drug and alcohol issues. It used to run the hospice, particularly for HIV patients, when they were a scourge to the rest of the organisations.

“It’s got nothing to do with the quality of service that you provide. All of our human services operate according to codes: codes of conduct, accreditation, mandatory standards.

“But the way in which the organisation operates, and the purpose for which it operates is somewhat different.

“Not-for-profits are not the same as for profits, and they shouldn’t be. New board members need to understand those fundamental points.”

He emphasises that the not-for-profit sector does need the expertise of the commercial world.

“There are many skills that people from the commercial world bring to the sector which will improve its efficiency and effectiveness. But they have to be used within the context for which a social purpose organisation exists and operates.”

For more information about SVA Consulting’s work in this area, contact Stuart on slloyd-hurwitz@socialventures.com.au

His considerable experience with the not-for-profit sector includes serving as Chair of the Australian Charities and Not-For Profits Commission Advisory Board, President of the Australian Council of Social Services, and over 30 years of volunteering with numerous community services.

Enjoying SVA Quarterly podcasts? Subscribe on iTunes so you never miss an episode. 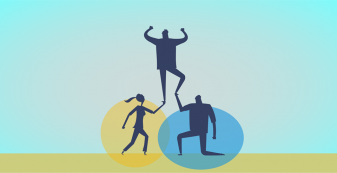 How to go about a non-profit merger 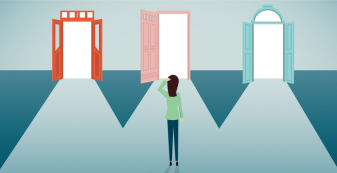 Competition: it’s all about the consumer 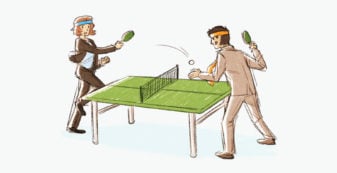 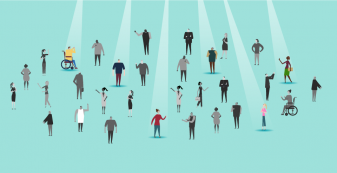